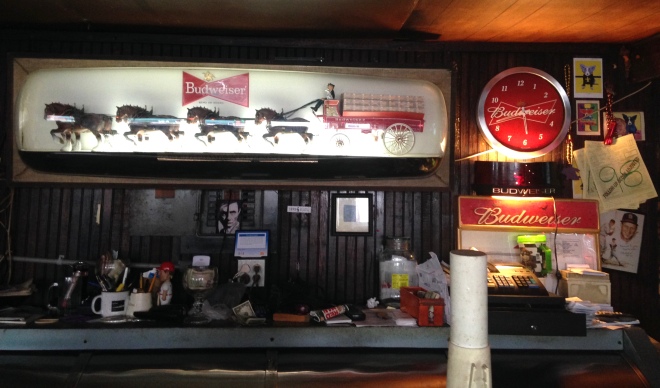 at the bar at Brown’s

It’s an acquired taste. Brown’s is a Nashville institution. A bar and music joint that used to be a trolley car. Then, fairly new, but still decades ago, they added a large dining room. 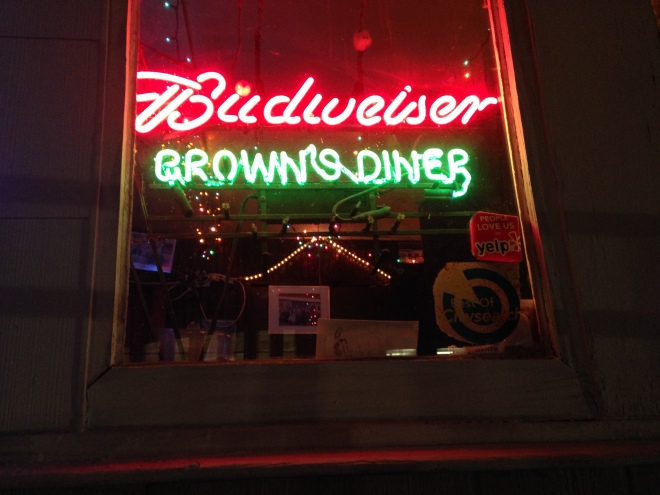 It’s a bit dusty. And might be scary if the lights ever came on bright. The bar chairs list to the right and left. Some of them require hanging on. 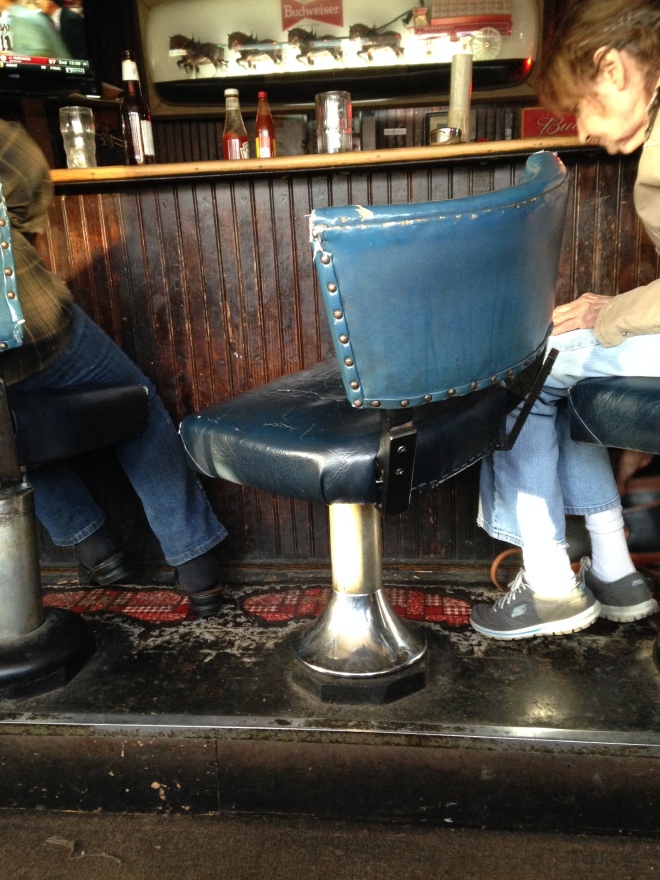 But lived-in and wonder-full is how I see it. The regulars have been coming here for dozens of years. The musicians who play here span Nashville icons and famous favorites, top-notch session players, and everything in between. What kind of music? All and anything. 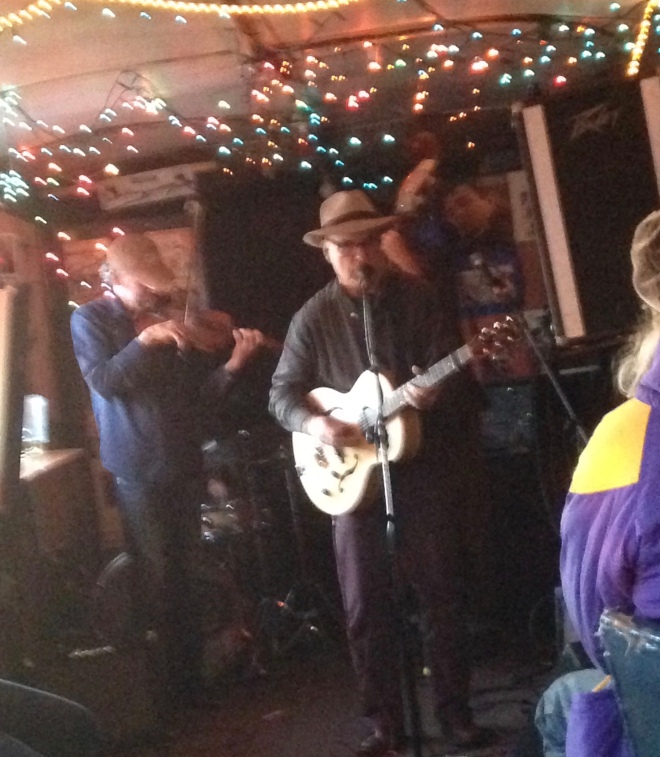 My partner, Duane Spencer, and I play every first Sunday. We’re Duette. 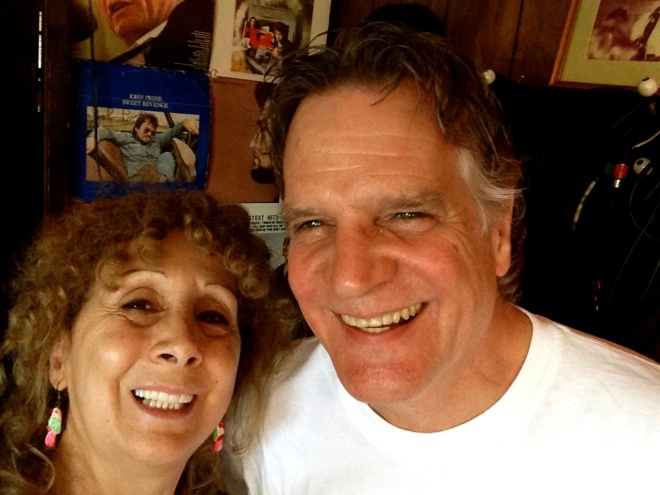 Ron Kimbro is behind the bar. He’s been serving up beers and cheeseburgers for many a year. But the best things he serves are bits of wisdom, snide remarks, jokes, and poker-faced jabs at stupid questions from the other side of the bar. 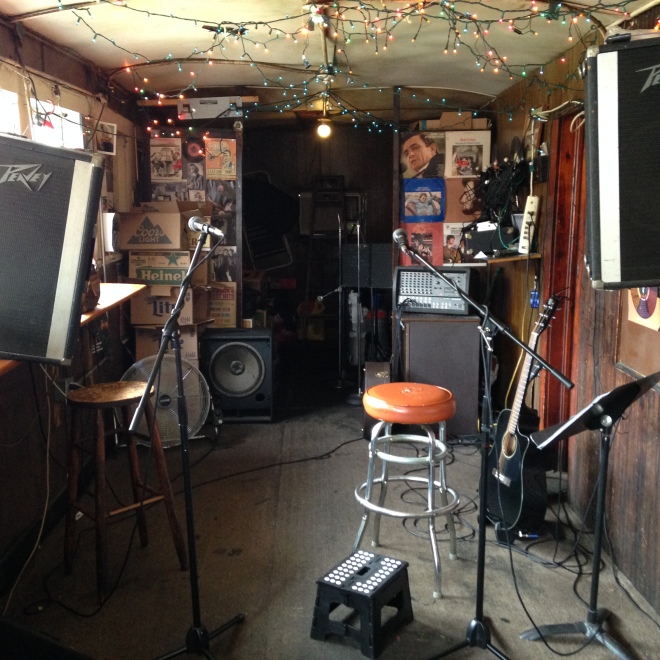 The window shelf alongside the stage area is a collection of old batteries, ashtrays (altho smoking is not allowed inside), left behind set lists, and indescribably doodads. 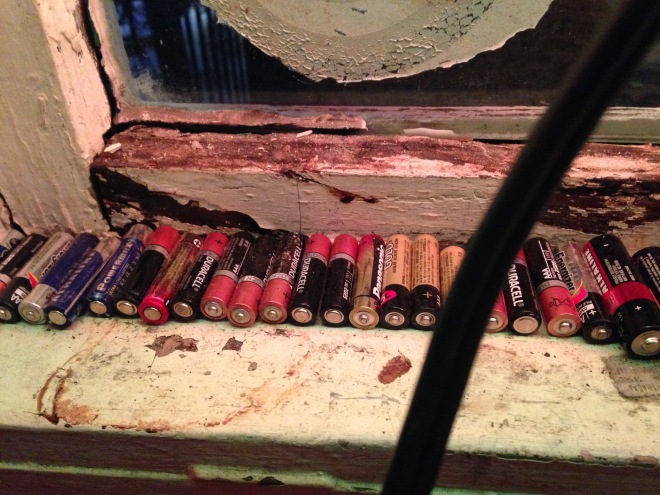 Christmas lights light the stage. The walls are covered with album covers (Johnny Cash, Bob Dylan, and Frank Sinatra are among them), and the yearly “Brown’s Diner group photo,” where all the regulars squeeze into the frame to make their presence known. 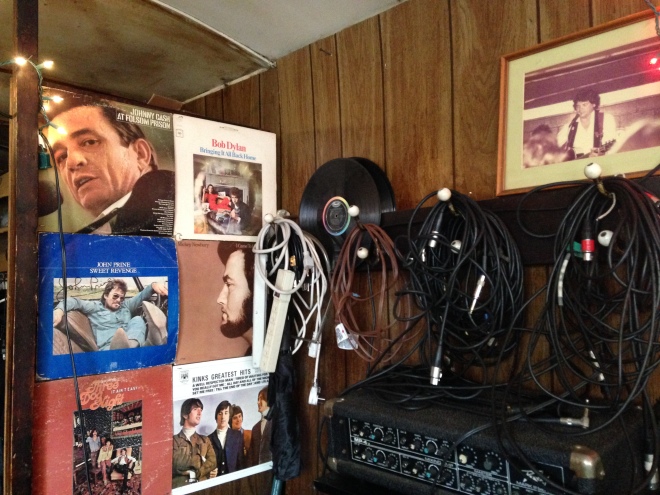 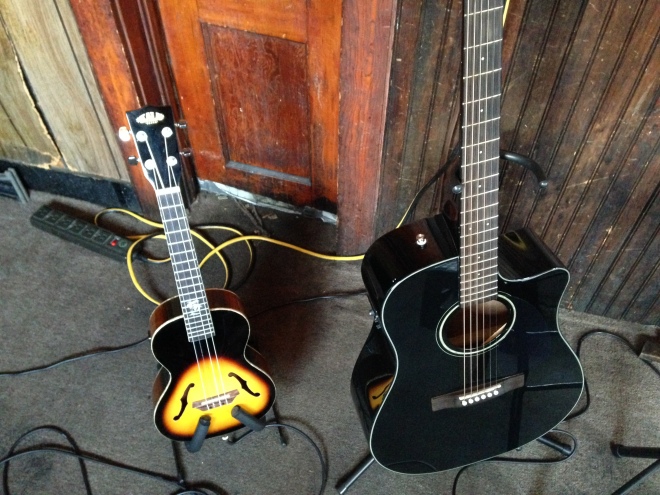 Yes. Music. And then there’s the food. Brown’s is known best for its cheeseburgers, rated among the best in town year after year. We love them. Order them with “everything:” onion, lettuce, tomato, mayo, ketchup, and pickle. 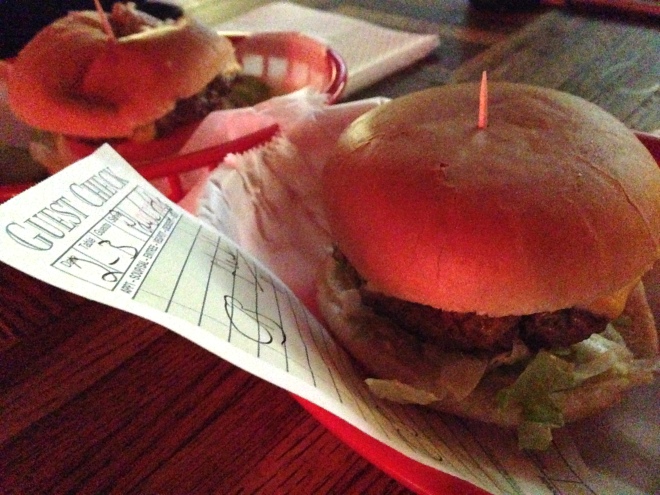 My other fave order is their grilled cheese sandwich. They have chili. Soup in the winter. Fries. And beer. Those are the highlights and kinda about it. Beer. No wine. No cocktails. And the beer selection is extremely modest. But it suits the patrons JUST FINE. (Get a pitcher and sit outside, you can still hear the music.)

It’s easy to just drive by the place (@21st & Blair). It looks so unassuming. But step inside and you’ll never be the same. Get bit by the Brown’s bug (not a real insect) and you won’t be able to resist coming back and back.

See you there? Right!

Duette doing our “Four Tops Medley” at Brown’s. Ever hear of a video selfie? 🙂 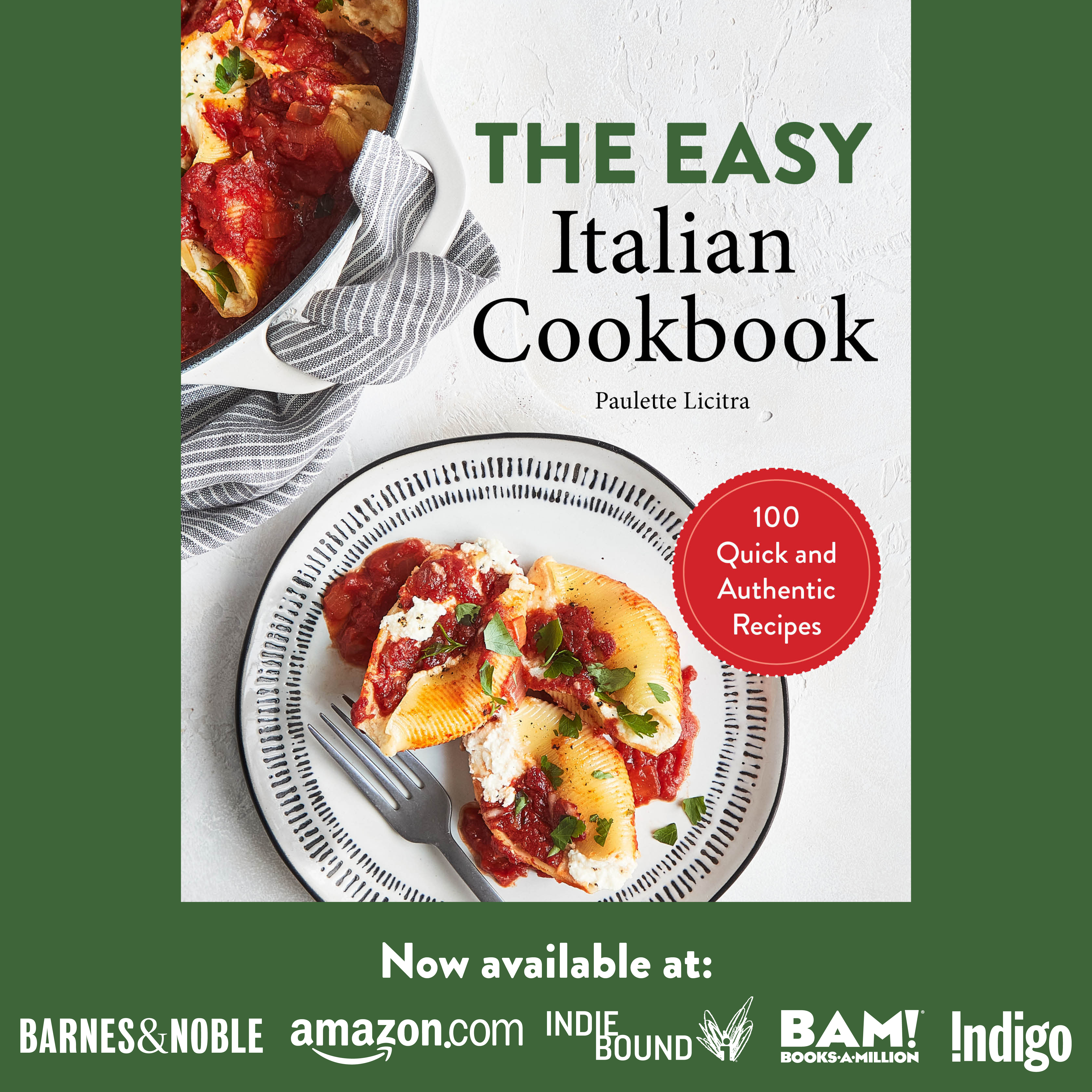