Ahhhh. Say the word artichoke and you’ve got my complete attention. Say carciofi (artichokes in Italian) and I drop everything. 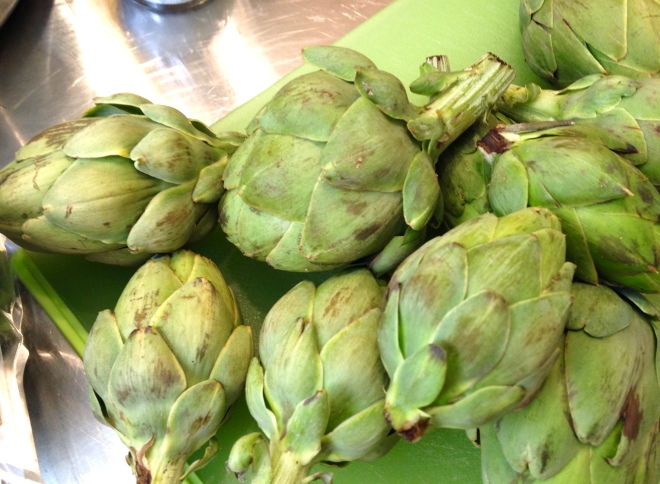 I can eat them every day. And I don’t even need a new recipe. I’d braise them the way I always do with garlic, parsley, and olive oil. And I’m happy.

But you can’t help being creative when you spend a lot of time in the kitchen (ahhh, the kitchen). So I turned braising on its head and took it all outside.

This summer I started grilling my artichokes. In the evening sun. When hummingbirds buzz at the feeder. And a team of butterflies graze the zinnias. And tomatoes on the vine turn red before my eyes. Who wouldn’t want to spend time at the grill? 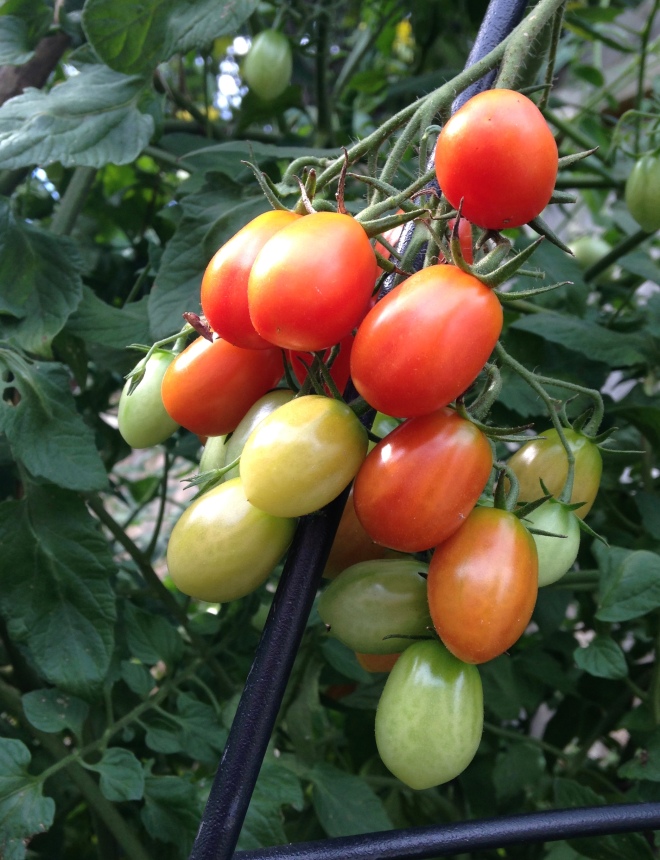 First, snip the thorns off of the outer leaves. Cut each artichoke in half.

Boil them in salted water until the heart feels softened, almost cooked all the way through. 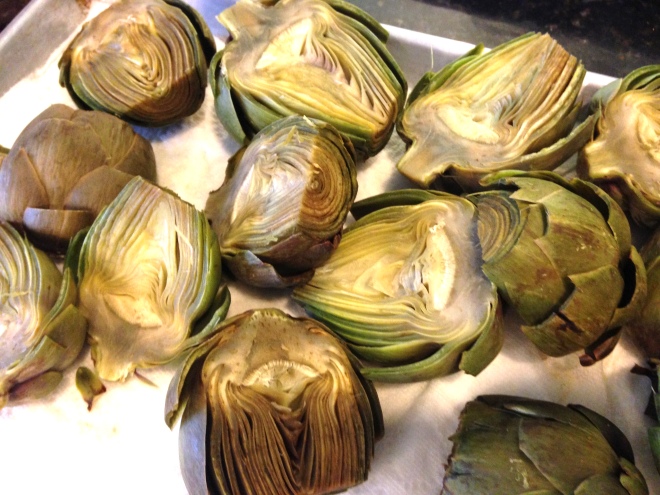 Before lighting grill, spray it with PAM, or lightly grease it with olive oil. Then heat the grill to hot. Brush artichokes with a mixture of olive oil, honey, salt, and hot pepper.

Grill them, cut side down, until grill lines appear and some char appears. Then turn them over and grill the leafy side till charred a bit. 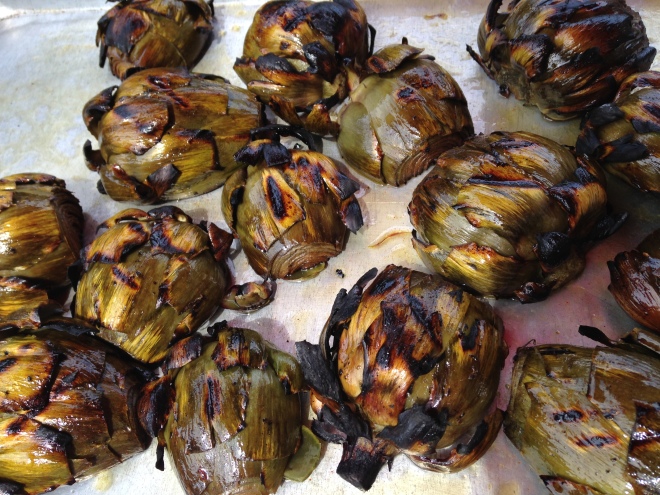 Serve hot, or at room temp, with this very simple (and delicious) dipping sauce (see below). Ahhhhhhhhh.

Fill a large saucepan halfway with water. Bring to a boil. Salt water. With a pair of scissors, snip the thorns from the artichokes leaves. Cut the artichokes in half and drop into the boiling water. Simmer for about 20 minutes until the inside heart is softened.

Drain and pat dry. (If artichokes are very large, cut in quarters before grilling.) Meanwhile spray PAM on the grill grate, and heat to hot. In a medium mixing bowl, whisk together the olive oil and honey, season with aleppo or cayenne, salt and pepper. Brush the artichokes with the oil-honey mixture. Grill artichokes until grill lines appear and they’re charred in places.

In a medium mixing bowl, whisk together the mayo, lime juice, and soy sauce. Use as a dipping sauce for the artichokes. 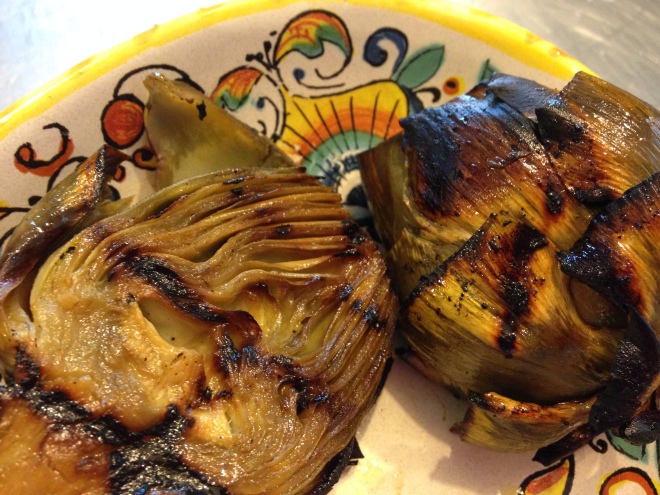