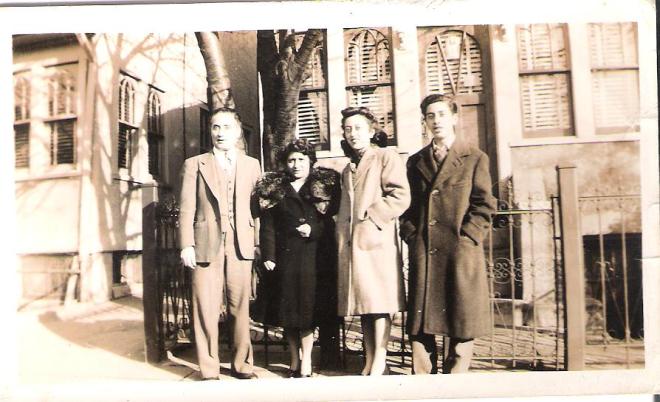 My Dad’s name was Alfredo. Alfredo Bernani Ernani Licitra (I might be missing one name). He was named after a character in the Verdi opera “La Traviata”…Alfredo Germont.

But dad was not the inventor of Fettuccine Alfredo. (Neither was Signor Germont.)

There are a couple of Alfredo’s running around Roman Italian history who say they created the dish. And two restaurants in Rome (not too far from each other) are named “Alfredo” …each claiming to be the originator. 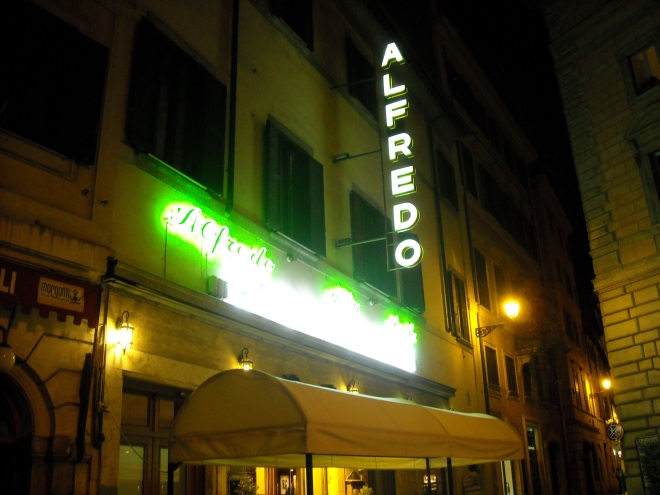 An Alfredo restaurant in Rome

If you’re in Rome you may as well try them both. If you’re not in Rome here’s a recipe for you to try.

When I teach Fettuccine Alfredo in my cooking classes people are surprised to discover the recipe has no cream. No. Cream. It’s a creamy dish. But you don’t use cream.

So how does the pasta get so lusciously creamy? 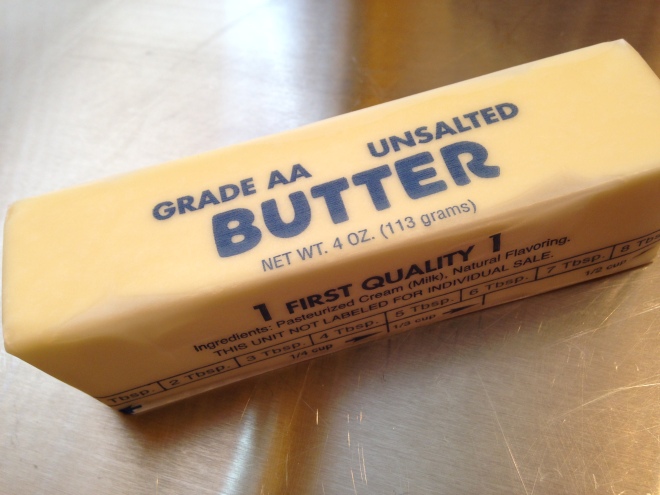 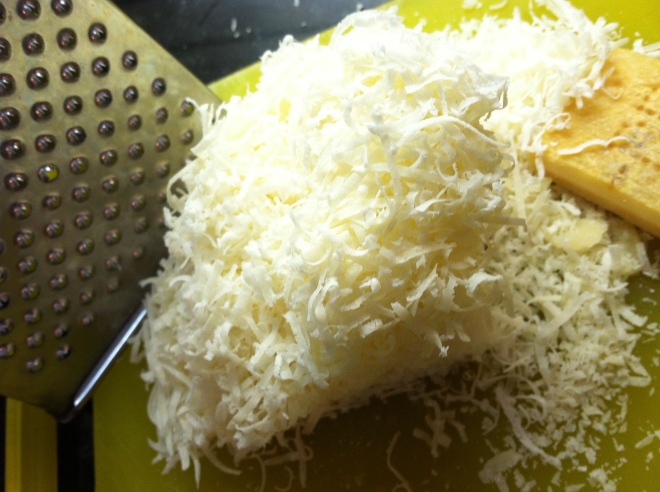 And pasta water. That’s it. 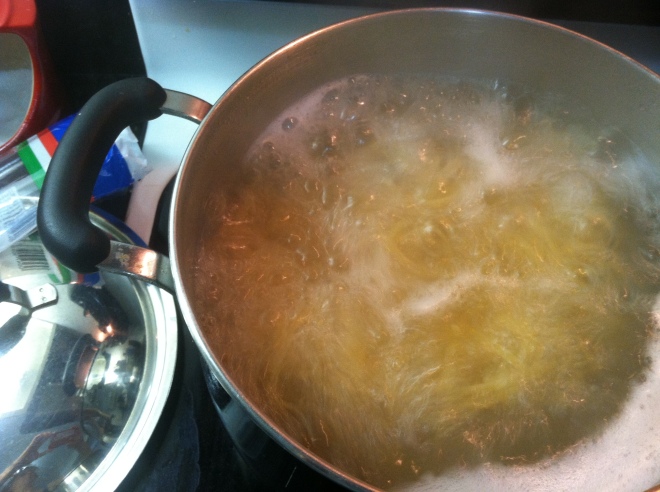 There’s a little finesse to acquire. The right softness of the butter. Adding the right amount of cheese and pasta water. At the right moment. Enthusiastically tossing.

Becoming a master happens fast. And then you get to eat it, too.

Fill a large pasta pot with water and bring to a boil. Add salt. Add fettuccine. Stir with a large fork (to keep strands from sticking together) until the water comes back to a boil.

Meanwhile, slice the butter into thin pats and lay them out in the bottom of a large shallow serving bowl. Hold bowl over boiling water to soften butter (not melt it).

Place the drained pasta on top of the butter and sprinkle 1/4-1/3 cup of the cheese on top. Using a large fork and spoon (or two forks) toss the pasta quickly, coating it with the butter and cheese. Add some of the pasta water—about half. Continue to toss. Add more cheese, sprinkling it lightly, tossing, sprinkling lightly again. Add the other half of the water. Keep tossing until the pasta is coated in the creaminess of the butter-cheese-water combination. Add more water if it’s too thick of a mixture. Taste for seasoning. Add some black pepper. Serve hot. 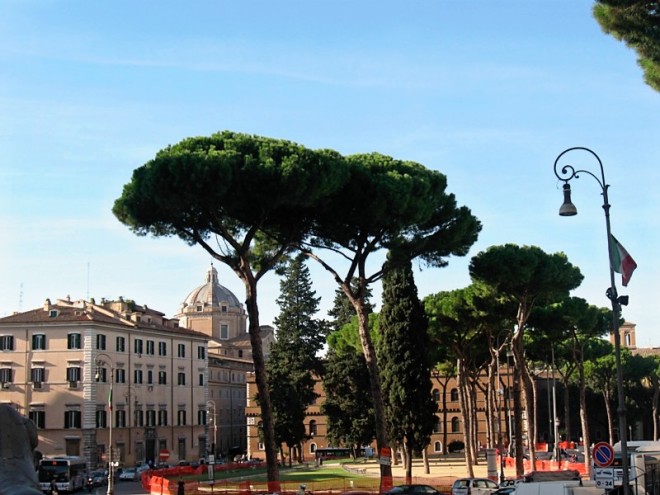 3 thoughts on “Will the real Alfredo please stand up?”